The former CEO of trading platform FTX, Sam Bankman Fried (SBF), filed for bankruptcy on November 11. Earlier this month, the cops arrested SBF in the Bahamas. On Monday, US authorities charged him with defrauding investors, naming it as ” one of the biggest crypto frauds in the history of America.” He was ordered to surrender his passport ahead of the FTX federal trial.

Three days ago, SBF escaped the prison on a personal recognizance bond of $250 million. Since then, the community has continued to track the whereabouts of SBF.

Litquidity Capital tweeted, “One of my followers spotted SBF chilling at JFK airport last night and snapped some icon photos.” attached with a couple of SBF’s photos in the JFK airport lounge.

The first picture showcased SBF chilling on a lounge chair, working on his laptop with a mobile phone on his left. Besides, community members even claimed that the image is of American Airlines’ Greenwich lounge. According to the primary sources, SBF traveled with his parents, lawyers, and FBI executives.

The following picture shows the infamous entrepreneur wearing a black beanie, sitting beside a suited executive. These images sparked a debate among the community members. All of them are about the recent statements of Sam Bankman-Fried with the chairman of the US House of Financial Services Committee. SBF stated that he doesn’t have access to personal or professional devices. Yet, people had seen him with access to a laptop and mobile.

Many users questioned How SBF could afford business-class tickets amidst FTX’s bankruptcy trial. A community member commented, “Who is paying for his lavish travels?”

Further, some users trolled the US justice system for their hypocrisy. A person accused of a $10 Billion fraud is chilling on a business-class flight. Few also pointed out that his shoes didn’t have laces. After a fact check, it was concluded that the US authorities removed the laces to prevent SBF from self-harm.

Also Read: Winter Storms in the USA, A Growing Concern For Bitcoin Sharks 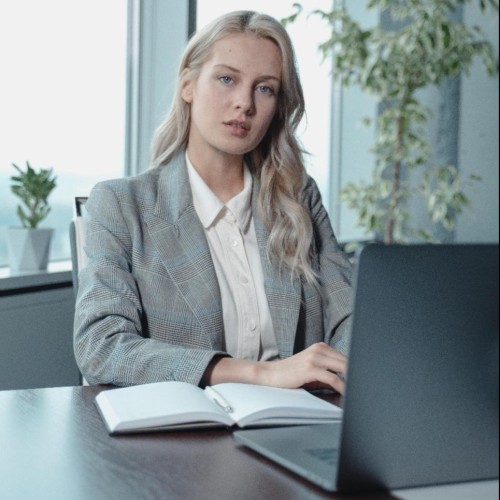